A Toxic Abomination is shown on the map with a larger red indicator.

The attack damage is 20 at Bunker Alfa in Normal Mode and 30 in Hard Mode.

It also has 20 Armor in Hard Mode.

Compared to an ordinary bloater: 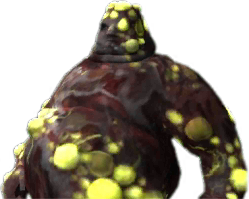 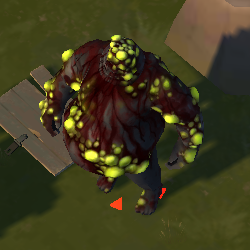 Old appearance before Beta v.1.11.6
Add a photo to this gallery
Retrieved from "https://last-day-on-earth-survival.fandom.com/wiki/Toxic_Abomination?oldid=49249"
Community content is available under CC-BY-SA unless otherwise noted.