The Ravager is the newest boss infected introduced. He is exclusively inhabiting in the Crooked Creek Farm location and is the easiest boss to kill in the game. He's seen roaming around the farm's pathways searching for survivors. His shambling movements gives an edge to escape him but possesses a variety of abilities aiding it to attack unwanted guests.

Though he is slow, catching and attacking his prey comes in different ways: 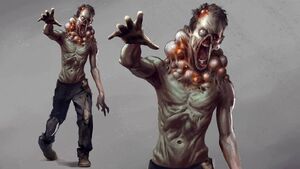 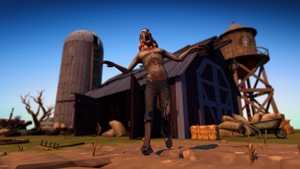