An American automatic rifle, the last bastion of democracy in our world

"An American automatic rifle, the last bastion of democracy in our world"

The M16 is a rifle that can be found in Bunker Alfa's gear coupon crates, on raids, in yellow or red zones, dead AI survivors bodies (super rare chance), in a Weapon Crate, Rest Stop events, (or any event for that matter), can be earned in Survival Guide (List of tasks), in the In-Game Shop's Gunsmith's crate, Port Laboratory storage crates by crafting and in other areas.

On the Recycler, a M16 can be recycled into Spring, Factory Parts, Carbon Composite, and Blueprint for M16 in 1 hour at an appropriate level of Firearms recycling skill. 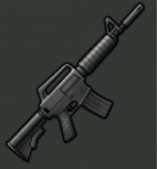 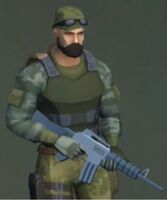