Dig site "Echo-1" is an event location on the Global Map during the Season 17.

Patrick offers daily tasks. Three can be taken and completed every 24 hours, ranging from 1 threat to 3. 10, 15, and 20 Season points, respectively, can be obtained after completing the tasks.

Suspicious minerals are required to start the Siege. The player can choose one among three levels of difficulty with its corresponding threat: easy, medium, hard. The goal is to protect the extractors and not let zombies destroy them. After successfully guarding the extractors, special alloys and season points are mined out and gained.

Dying or getting all the extractors destroyed will end the Siege and have the player not receive the respective rewards.

Having less suspicious minerals than the required amount to start the Refinery or having all the extractor/s destroyed will not allow the player to start the Siege.

To start the defense, an initial amount of suspicious mineral is needed. The amount needed for the refinery to start doubles for each run. It will reset back to the initial amount after 8 hours.

Rewards increase the higher the Refinery level. In contrary, zombie waves and number of zombies also increase with each upgrade. Upgrading the Refinery will unlock more constructions for the player to build.

With each difficulty for the Siege, there is a corresponding threat. The higher the difficulty, the dangerous the threat is. Threat modifiers will update every eight (8) hours.

Special alloy can only be obtained by successfully completing the Siege and is the only place the player can find it. Rewards increase with each additional refinery

The player can hire a mercenary to help with the Siege. There are five available mercenaries, but only one can be hired. During the Siege, the player must manually activate the buff for it to work.

Alex is not readily available at the Dig site. She can be found and be hired after meeting her at Alex's Workshop.

Both David and Rocket become available during Week 2. They can be found and be hired after meeting them at Trailer Park and Crash site, respectively. 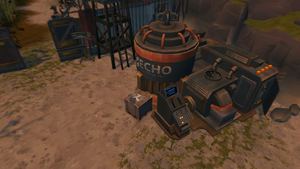 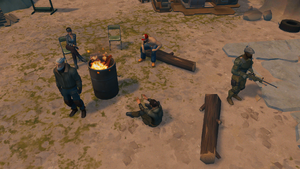 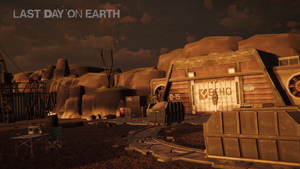 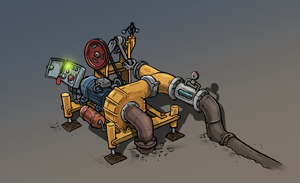