Blackport PD is a permanent location on the Global Map added as part of Update 1.9.6. It is a dungeon styled location, much like Crooked Creek Farm, but gun modifications and the materials required to build them can be found here.

Blackport PD resets 72 hours after it is entered, one day longer than Bunker Alfa, Crooked Creek Farm, and the Motel.

Once you get past the lobby, you can clear the rest of the station. This included opening any of the 6 cells with the Cell Key. This area introduces you to new types of zombies and their abilities.

Note: since Beta v.1.11.6, Skills as a Burglar are required in some cases. Lack of Burglar skill can limit the ability to open some of the doors and storage locations in Blackport PD. The left rear room containing a Riot Zombie requires any burglar skill but it is most likely to be required burglar skill level 2 and 3, and a locker in the right side room (containing a Hungry Chomper) also requires any burglar skill, as does a right rear room (guarded by a Hungry Chomper). Given this, it might be advisable for characters without Burglar level 2 skill to avoid the right side of the complex completely and simply clear the left side, unless they want to battle in the Arena.

Much like Bunker Alfa, The PD contains a crate system.

There are 4 types of Police Card crates - Sergeant, Lieutenant, Captain and Inspector. When you first enter the PD, you have 3 slots to open a crate. 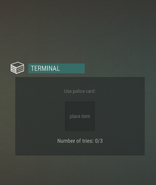 Once you put your ticket of choice into the terminal on the left, a crate of that value will be released into one of the slots. These do not clear until the 3 day reset come, so it may not be the best choice to use 3 Sergeant Cards.

Blackport PD also contains three Terminals. These Terminals once completed (by collecting the required parts and finalizing) open up another shoot. This shoot then gives you an extra slot for the Police Crates to drop down. So for instance if you finalize one Terminal you'll then be able to open 4 Police Crates. When a terminal is completed, it remains completed permanently.

Notes: As Tungsten is not yet available in game Terminal 6's crate at present is impossible to finalize. 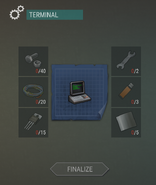 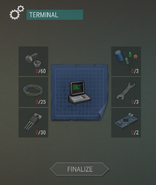 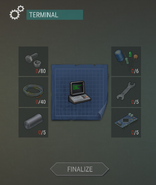 Before Beta v.1.15, it also used to be possible to obtain Factory Parts, Carbon Composite and Gun Oil from Police card crates.

The Inspector Crate (Inspector Card) contains 4 Guns, (2 of which are modded), an Extremely Rare gun blueprint, Full SWAT Gear. Note that the Inspector chest has a chance to contain an Energy Drink.

2At least 1 fire arm will have Weapon Modifications.

31 random paint is present in each chest.

415 Bottle Caps and a 1 Blueprint are present in each chest. 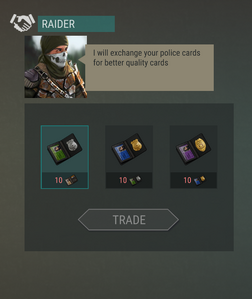 "I will exchange your police cards for better quality cards" - Raider

The raider in the lobby will exchange your cards at a 10 to 1 ratio. For example:

In the center of the PD there is a yard called the Arena. Once you enter the yard and click start on the Terminal, you are locked in there until you: Surrender after the wave, Die or Leave the location on the Global Map. It is possible to stop the game between rounds as doing the full Arena takes several hours.

There are two lockers near the terminal where you can bring supplies beforehand. Note that when you surrender, die or leave, the only way to restart the arena is with an Electronic Circuit. However, using an Electronic Circuit to repair the arena terminal would result in all progress prior to the players death or surrender would be reset back to 0. The arena goes on until the 99th wave, in which you will obtain a Blueprint "Police Bike". After finishing all 99 rounds, the terminal will say “And now is broken for sure”. Arena resets every 3 days together with the whole Police station.

WARNING: Leaving items in the locker before leaving Blackport PD for the duration of the 72 hours reset is strictly unrecommended, these items will be removed as soon as the reset countdown is over.

Beware that the wave starts as soon as you click start on the terminal, as the game continues in the background!

USE LAND MINES AT THE DOOR IT WILL SAVE YOU SOME TIME!!! 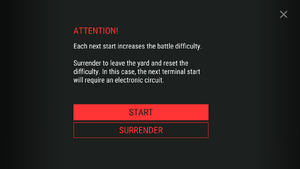 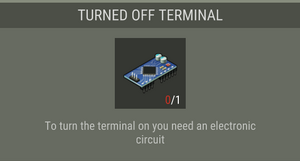 *These waves are not completely random. There are always circa 6 "sets" of zombies and one of these sets is randomly chosen for every wave.

"The police chief and his officers defended the station till the end. But the less ammo they had, the more infected appeared. After the attack on the station the chief vanished into thin air. No proof of his death has been found. Some survivors say he’s still alive..." (from https://www.facebook.com/lastdayonearthgame/)

"How to get prepared for meeting police zombies? Stock up on zombie donuts!" (from https://www.facebook.com/lastdayonearthgame/)

"Hi everyone! We are simultaneously working on different content and as you already know a police station is coming. We decided to share one of the first concept arts with you. During the process of development something from the initial sketches might change but we won’t reveal all the details for now. Soon you are going to see what we’ll eventually end up with." (from https://www.facebook.com/lastdayonearthgame/)

"Everybody's innocent in here. Don't you know that?" (from https://www.facebook.com/lastdayonearthgame/)

"The police chief and his officers defended the station till the end. But the less ammo they had, the more infected appeared. After the attack on the station, the chief vanished into thin air. No proof of his death has been found. Some survivors believe he’s still alive." (from https://twitter.com/LastDaySurvival)

"How to get prepared for meeting police zombies? Stock up on zombie donuts." (from https://twitter.com/LastDaySurvival)

"Hi everyone! We decided to share with you one of the first concept arts of the upcoming police station. During the process of development something might change but here you see the origin of the location face. Soon you are going to get what we’ll eventually end up with." (from https://twitter.com/LastDaySurvival)

"Everybody's innocent in here. Don't you know that?" (from https://twitter.com/LastDaySurvival)

"Everybody's innocent in here. Don't you know that?" 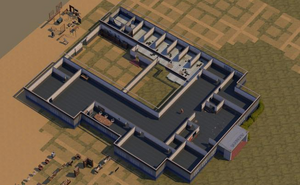 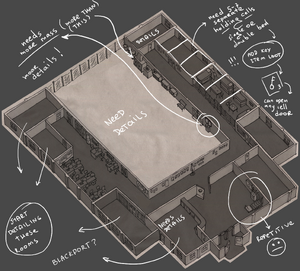 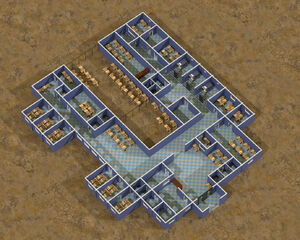 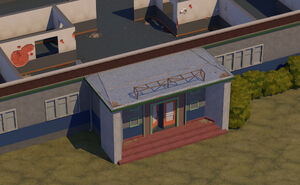 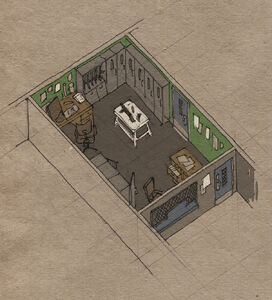 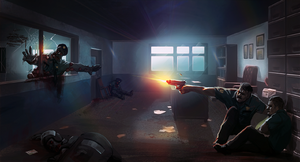 "When you break bad at the police station." 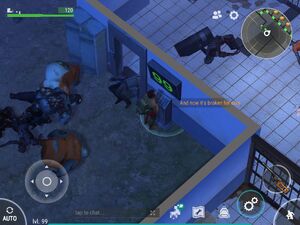