Allows you to build an ATV to reach far territories in comfort.

“Allows you to build an ATV to reach far territories in comfort.”
– Blueprint description

"Allows you to build an ATV to reach far territories in comfort."

The ATV is an essential vehicle for any survivors who want to travel further from home. It is the second vehicle to be unlocked at level 18.

The ATV allows survivors to travel to other lands, such as The Swamp and Watchtowers.

Like the Chopper, completing the ATV consists of two phases. The first is crafting the "structure" in your base. The second is assembling the ATV itself, which requires additional components.

Complex components are difficult to obtain, as some require visits to Bunker Bravo and Bunker Alfa

200 Engine Parts is only obtainable with patience.

The resources from the old recipe of the ATV was returned to your Inbox:

Once finalized, the ATV can be used to travel to other locations such as Oak Bushes, and the Swamp location, giving the player access to new resources and enemies. The ATV can carry up to a maximum of 500 fuel. It has a luggage spot similar to the Chopper that can be used to carry heavy items like Ore Crate, Electric Generator, etc and four baggage spots for placing other items. 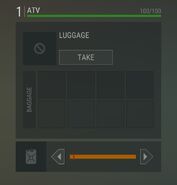 The ATV fuel level can be viewed from either the Chopper menu or the map screen. On the map screen, it appears as an additional bar beside the Energy bar at the top of the screen. The default class ATV can hold up to 500 Fuel. To drive it is necessary at least 30 of fuel = 6 Bottle with Gasoline.

The Default Chopper contains four slots for general storage, in addition to the pattern and fuel slots, accessed in the ATV menu.

When/if you die and respawn at your Home base, the ATV returns with you, with its cargo intact. So in a dangerous situation, you are guaranteed to at least keep anything placed in the ATV's storage slots. if you choose to take the chopper while its empty, you can still drag the ATV to the Global Map, it will seem as if you're bringing it with, but if there is not fuel above the red line it will not come with you to a location. Don't worry, if you're going back home and ran out of fuel it will come with, but not when leaving home with it.

Never spend the last bit of fuel in your tank, so you can bring it with for the extra storage even if you're not driving it. You might want to keep some fuel in the "Pour On" slot, so you don't accidentally spend it and lose valuable storage.

The ATV also has a space for 'Heavy Baggage' on the back of it; this currently allows transport of specific Items, including:

On the Recycler, a ATV can be recycled into a Common Plank, Wiring, and Bolts in 10 minutes and 1 second at an appropriate level of Other recycling skill. 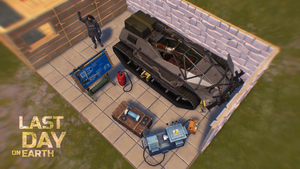 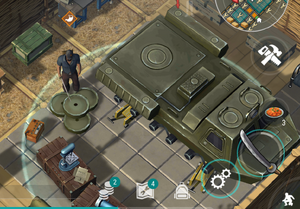 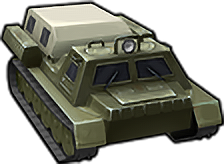 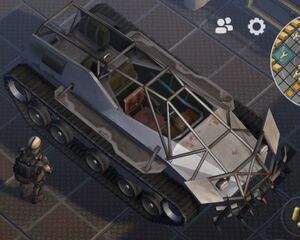 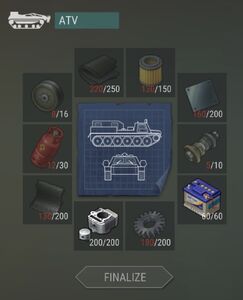 ATV at NPC Survivor Base after Beta v.1.15 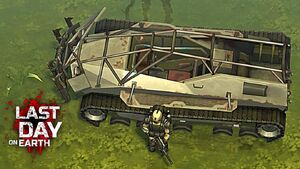