A simple Soviet rifle and a reliable comrade in every battle.

“A simple Soviet rifle and a reliable comrade in any battle.”
– Blueprint description

"A simple Soviet rifle and a reliable comrade in any battle."

The AK-47 is an automatic, ranged weapon, deals a total of 15 damage per shot (unmodified).

It is similar to the M16 in range, stability, durability and fire rate but deals three more damage points and has one additional weapon modification slot, making it a slight upgrade to the M16 itself.

The AK-47 is one of the best weapons to obtain and to use in-game, its damage per second is only surpassed by the FN SCAR and the Minigun. It is very useful for killing Frenzied Giants, against Raiders and AI Survivors, and destroying Turrets in Bunker Alfa's lower floors.

The effective range of a stock AK-47 is similar to that of a stock M16, Mini Uzi and FN SCAR, surpassing those of the Glock 17, Winchester and Shotgun.

WARNING: With the Grenade Launcher mod, it is important to keep in mind that its active skill will fire an explosive shot exactly like the Milkor MGL, consuming a moderate portion of durability from the weapon no matter if it is shot at an enemy or not.

On the Recycler, a AK-47 can be recycled into Spring, Factory Parts, Carbon Composite, and Blueprint for AK-47 in 1 hour at an appropriate level of Firearms recycling skill. 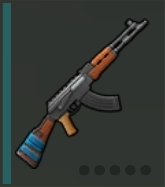 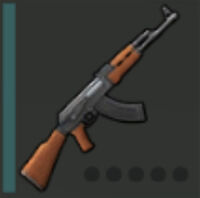 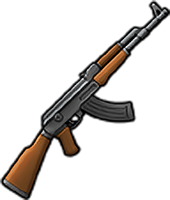 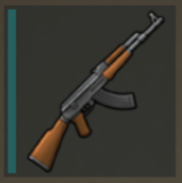 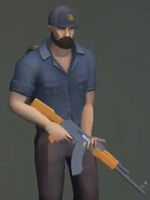